Depending on whether you’re a techy person or not, the release of new tech products can be the cause for geeky jubilation – usually in line at the Apple store – or the beginning of a professional headache. After all, you only just learnt how to use the old thing and now you’re being asked to download the what?

While it may seem like there’s a new tech product released every day, there are some major players emerging that are guaranteed to disrupt the travel industry.

Read on for The B Hive’s predictions for the three major tech trends that you need to know about. 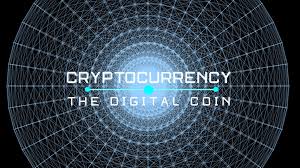 We’re guessing that you’ve heard of Bitcoin? This is what’s termed a cryptocurrency – a decentralised trading unit that doesn’t rely on a national currency or bank to manage it.

In the same way that credit cards, Paypal and online banking were gradually adopted by the masses, it is likely that people will start to adopt cryptocurrencies as another method of paying for things.

The way it works is that you download an app and you create a Bitcoin wallet. You then use a traditional payment method to purchase bitcoins that are then transferred to your wallet.

Alternatively you can become a bitcoin miner – someone who provides technical support to the Bitcoin network in return for Bitcoins.

So what does blockchain have to do with it? In short, blockchain secures the transactions. It is defined as an open, distributed ledger that can record transactions between two parties efficiently and in a verifiable and permanent way.

Blockchain technology, originally invented to secure bitcoin transactions, is now being used to secure just about any transaction that requires trackability.

For example, one Australian company called Lytic Ventures is using blockchain to track wine deliveries from Australian wineries to the Chinese importers to combat the rash of fake Aussie wines hitting the market.

Luke Bujarski, one of the authors of the Skift Megatrends 2018 report, describes how a company called Winding Tree is making its mark in this space.

He says, “Think of Winding Tree as a self-sustained, commission-free global distribution system. Picture the world’s travel content such as flights and hotel room listings floating around in the ether (the Winding Tree blockchain), accessible free of charge by enterprises, individuals, and travel managers via custom-built interfaces.

“Blockchain is likely to disrupt corporate travel first. In today’s global economy, enterprises spend exorbitant amounts on travel. If companies like Winding Tree can power the back end and promise commission-free bookings, then those same companies will build the interfaces that connect them with air and hotel supply,” said Bujarski.

Google Maps connects with Google Earth to provide directions but also to collect anonymously sourced traffic data. What does that mean? Basically it means that Google can provide up-to-date information about typical traffic for particular places, as well as incident based updates around road closures, accidents, etc.

Google Trips is an app that aggregates all of your travel information for upcoming trips and also provides suggestions of what to do when you get there. Google matches your information with aggregated data from other travellers’ actual trips to determine relevance, typical visit duration, and other useful information.

Google Flights makes it incredibly simple to get the information you need by simply searching a flight number (AA2126) or airline and route (Air New Zealand from Auckland to San Francisco).

Google Hotels is an ad-based platform that aggregates data from across the internet – including online travel agents – to help you find a hotel in your desired location on your desired dates.

Rob Torres, Google’s managing director of travel, has said that advertisements in Google Hotels, the company’s metasearch product, convert at a higher rate than those generated in a conventional Google search. The hotel product has dates and rates, and consumers selecting an advertisement with those details are closer to making a buying decision than those who are just starting a search with ‘hotels in New York.’

Dennis Schaal, one of the authors of Skift Megatrends 2018 report, says that Google’s own travel products are starting to compete with their traditional advertising business.

Schaal says, “What this means is that the trajectory of Google’s own travel offerings beyond the search box — in Google Hotels, Flights, Maps, Trips, and Home, to name a few — highlights the fact that the product folks are winning out over the ad sales team.

“Not that anything is so cut and dried at Google. Google Hotels and Google Flights are still, by and large, advertising-driven businesses, but they may be gaining an edge within Google in comparison to its traditional search business,” said Schaal. 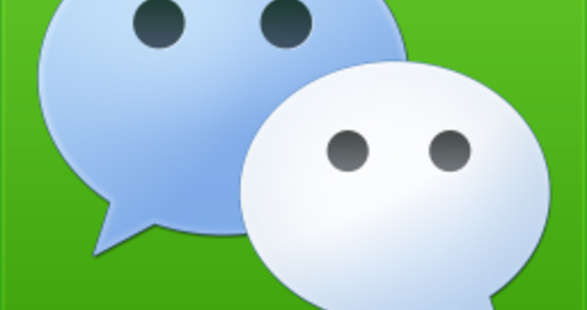 While it may not affect you directly, it’s always handy to know how Chinese travellers are researching, booking and paying for their trips.

WeChat (or ‘Wēixìn‘ in Mandarin, literally translating to ‘micro-message’) is a Chinese multi-purpose messaging and social media app. It was first released in 2011, and by 2018 it was one of the world’s largest standalone mobile apps by monthly active users, with over 1 billion monthly active users (902 million daily active users), most of whom are in China.

WeChat is like Facebook on steroids: you can research, book and pay for your next holiday within the app.

Tujia is China’s answer to AirBnb. It has recently received major investment funding and announced plans to expand outside of China.

Alipay is a third-party mobile and online payment platform, established in Hangzhou, China by Alibaba Group.

But the big player you need to know about is Ctrip, China’s largest online travel agency.

Why do you need to know about them? Apart from their massive power as distribution channel, Ctrip is stepping outside of China and buying overseas aggregators including Skyscanner, trip.com and Twizooo. Ctrip followed up those deals by converting the Trip.com domain into an English-language version of the Chinese travel site.